Henner Z. from the comments below has created a searchable KiCAD and PDF version of the TRS-80 Schematic available here at his github repo.  Thanks!! 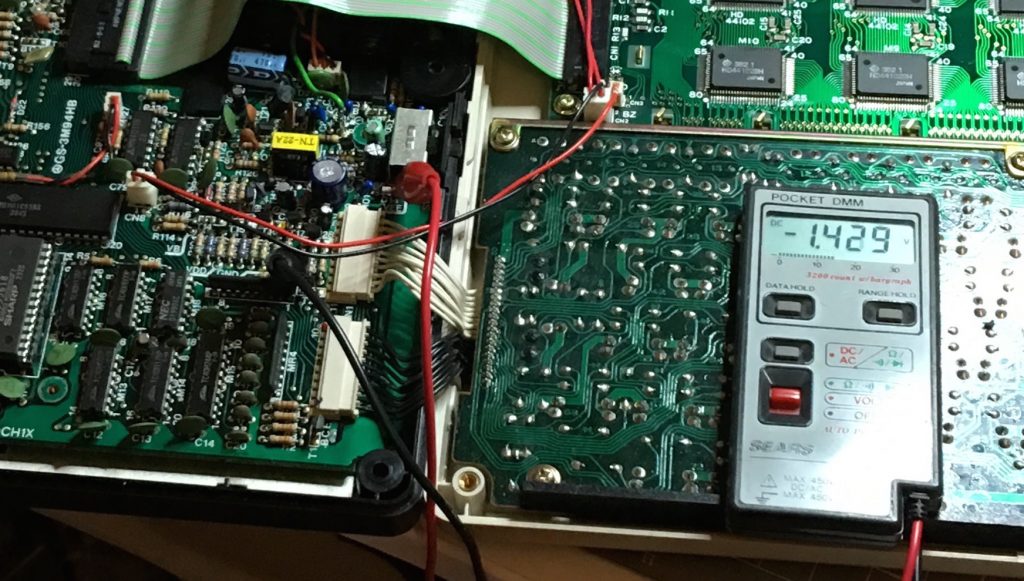 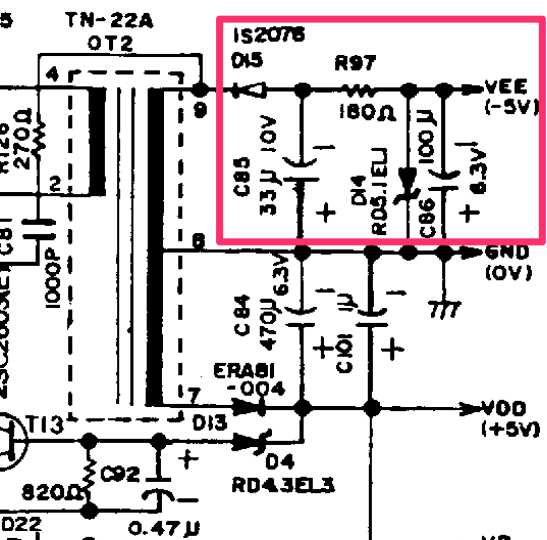 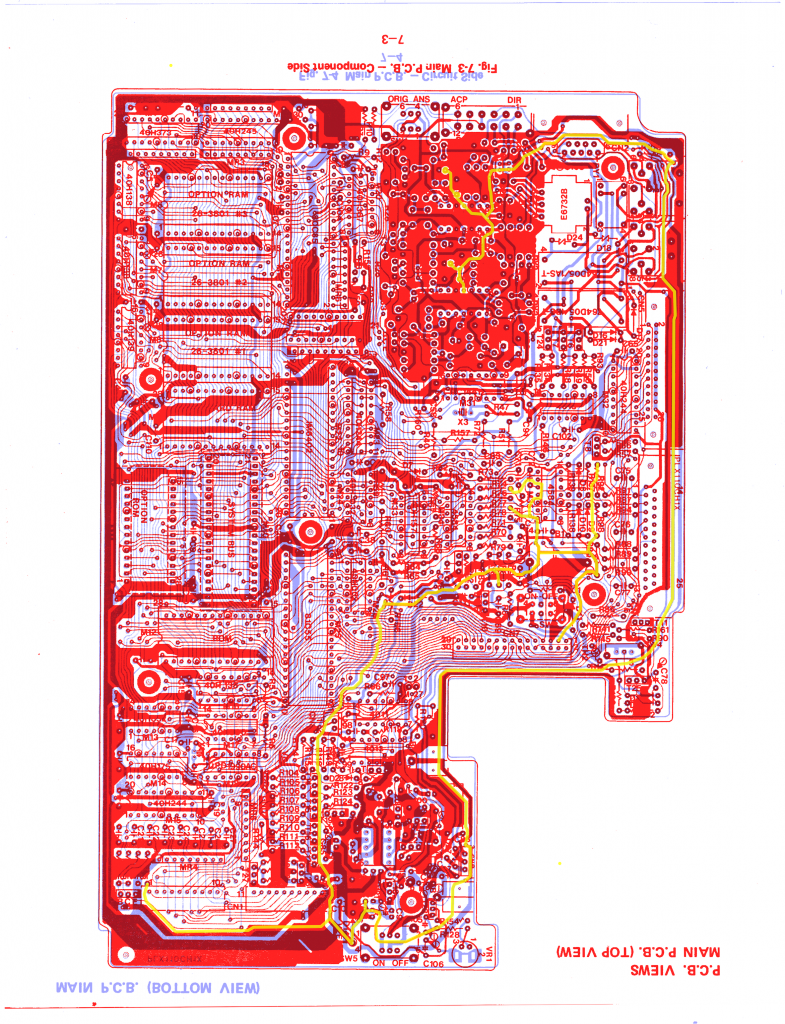 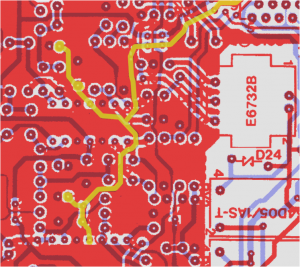 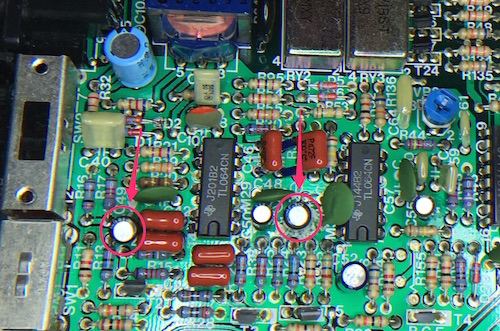 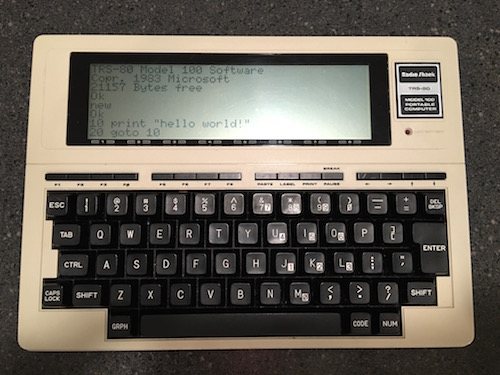 Great stuff!
Could you post the original image rather than the marked up one? I don’t have photoshop, but the image alone is good enough. Would prefer without the yellow markup though.
thanks

Thanks for the suggestion, I added a top and bottom JPG image after the Photoshop link.

Wanted to thank you for posting this and the comments people added. I replaced the caps mentioned above, but the voltage did not stay steady until I got to C47 and C56.

My LCD is missing rows and each time I turn it one, a few more disappear. Unlike you issue, it’s not the entire display. Any ideas where to start?

As a little service to everyone working on this sweet old machine (including myself), I transcribed the somewhat hard-to-read and non-searchable schematic scans into usable KiCAD format. Now finding VEE and other things is a breeze.
It is on github here https://github.com/hzeller/trs80-100-schematic (I’ve also included a generated PDF file in the repository)

Wow, very nice contribution there! I will also add a link in the original post if you don’t mind.